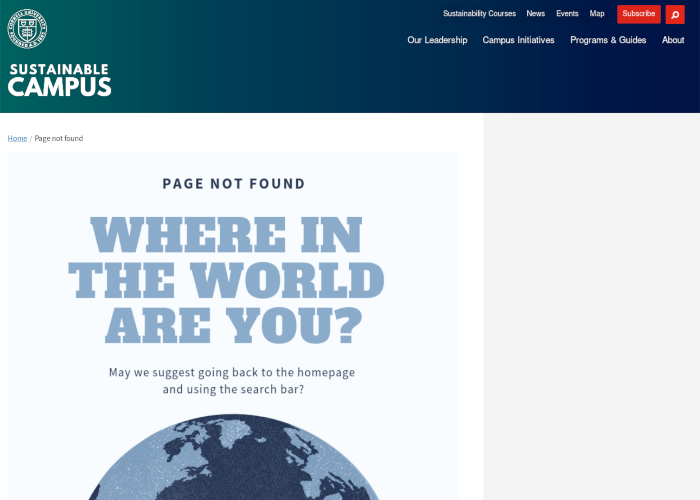 Sometime since June 15 2018, Cornell’s Sustainable Campus website removed all trace of the 2013–2016 campus debate over fossil fuel divestment, which I discovered while preparing a question for Martha Pollack on the matter. Several years ago there was a large movement on campus to convince Cornell to divest from fossil fuels, an effort that culminated with all four campus assemblies and the faculty senate passing resolutions demanding divestment. The trustees flatly refused.

When I tried to locate this last linked story (here on the Internet Archive), I was surprised to find it stripped from Cornell’s website. This story isn’t the only one taken down: where there once was a rich collection of news stories, faculty and student opinion pieces, and administration responses, there are now none. The website went through a redesign, but this is hardly an excuse since other articles from the same era remain online.

Why would Cornell remove these pages? Though we can’t know who did this or why, the history of Cornell’s divestment movement is hugely embarrassing to the university. Not only is it becoming clear that Cornell’s commitment to the sustained profitability of fossil fuel companies puts it on the wrong side of history, it also represents a flagrant disregard for our system of shared governance. In the spirit of the assemblies’ founding, we may need to occupy some buildings if we’d like to get anything done.

These take-downs are consistent with Cornell stripping important and embarrassing campus history to take advantage of short institutional memory and bolster its image. This is especially plausible given the recent interest in divestment efforts on campus. If this is not the case and the pages were removed for other reasons, Cornell needs to make it abundantly clear and correct the record.